The Florentine Diamond has become an infamous addition to the jewelry history books, primarily because it pretty much disappeared into thin air (Hollywood heist movie, anyone?). The origin of this fancy yellow is equally as unknown as its current whereabouts, with earliest sightings of the stone starting around 1476. 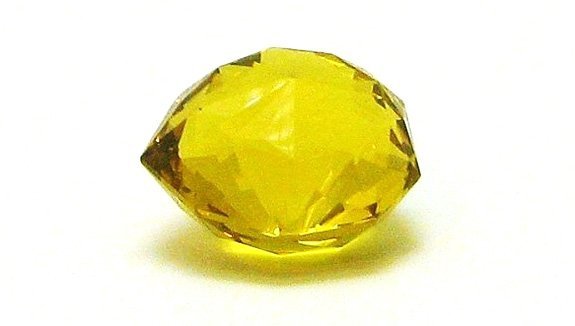 Glass copy of the Florentine Diamond

It is documented and considered factual, however, that eventually the stone traveled to Vienna through the marriage of Francis Stephan of Lorraine to Empress Maria Theresa and was placed in the Hapsburg Crown Jewels around the mid-1700’s. 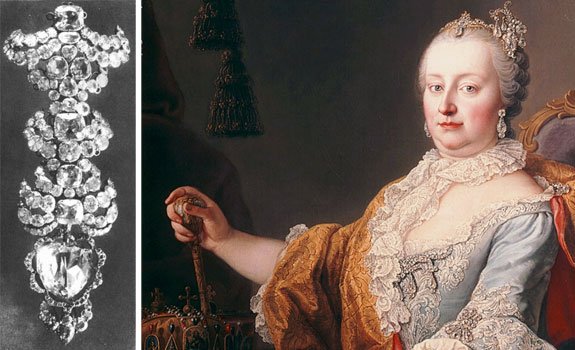 A portrait of the Empress Maria Theresa as well as the last known photograph of the diamond in a hat ornament c. 1890. 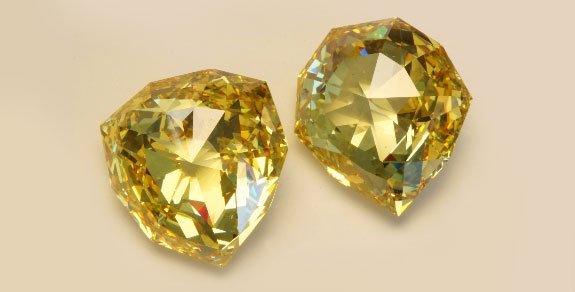 All we have now are Replicas of the Florentine Diamond, like those pictured above

When the Austrian Empire fell during WWI, the Florentine diamond, as well as other royal jewels, were taken into exile by Charles I to Switzerland.  At this time the diamond was valued at $750,000.

The diamond was a 137.27ct fancy yellow stone with an unusual nine-sided 126-facet double rose cut.

After 1918, someone who remains nameless stole the Florentine Diamond and sent it to South America.  It is suspected the diamond was then sent to America, re-cut and resold, never to be seen again.  Who wouldn’t love to know the current whereabouts of this heirloom?? 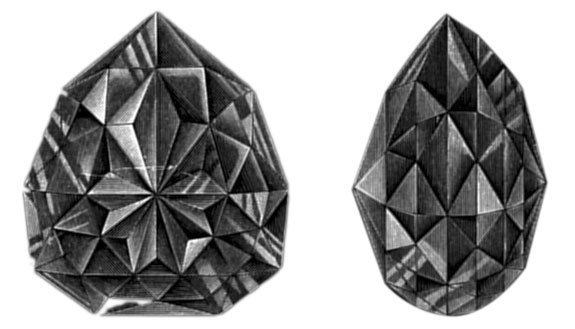 Lauren Thomann founded Ageless Heirlooms in 2006. She has spent the last 15 years dealing in and educating herself on estate fine jewelry.

Antique Star Motif from the Crown Jewels of... Ageless Heirlooms is an online publication dedicated to antique and estate fine jewelry.