The Georgian period was named after the English kings: George III and IV, and William IV and took place during a time of various social and political upheaval. The American Revolution, French Revolution, and the Napolean Wars were all fought during this time. 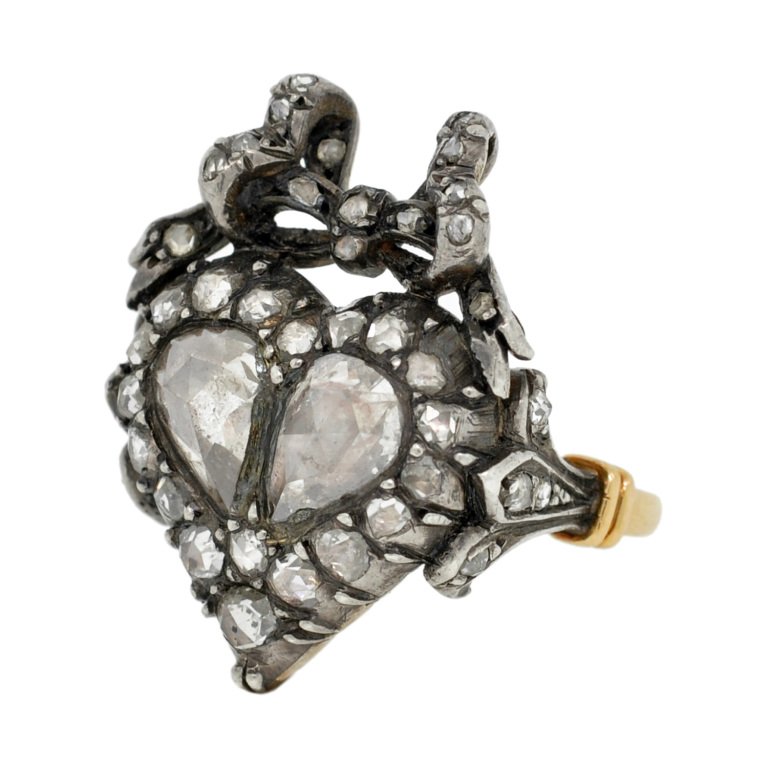 Photo Courtesy of A. Brandt & Son

When Napolean gained power of France in 1804, trends in French fashion and jewelry began to relax. France, though ahead of its time in fashion did have a significant impact on the rest of Europe. The tight bodices and full gowns of the 18th century were replaced with a dainty and loosely draped high wasted, low cut style of dress (think Grecian goddess). The jewelry from Early to Late Georgian periods also changed from very heavy and elaborate to much more delicate and iconic with the use of florals, bows, and scrolls. This fluid, romantic tendency develops further during the Victorian era.

A sketch by Alfred Roller, an overview of women’s fashions. 1794-1887. Image from wikimedia commons, public domain. 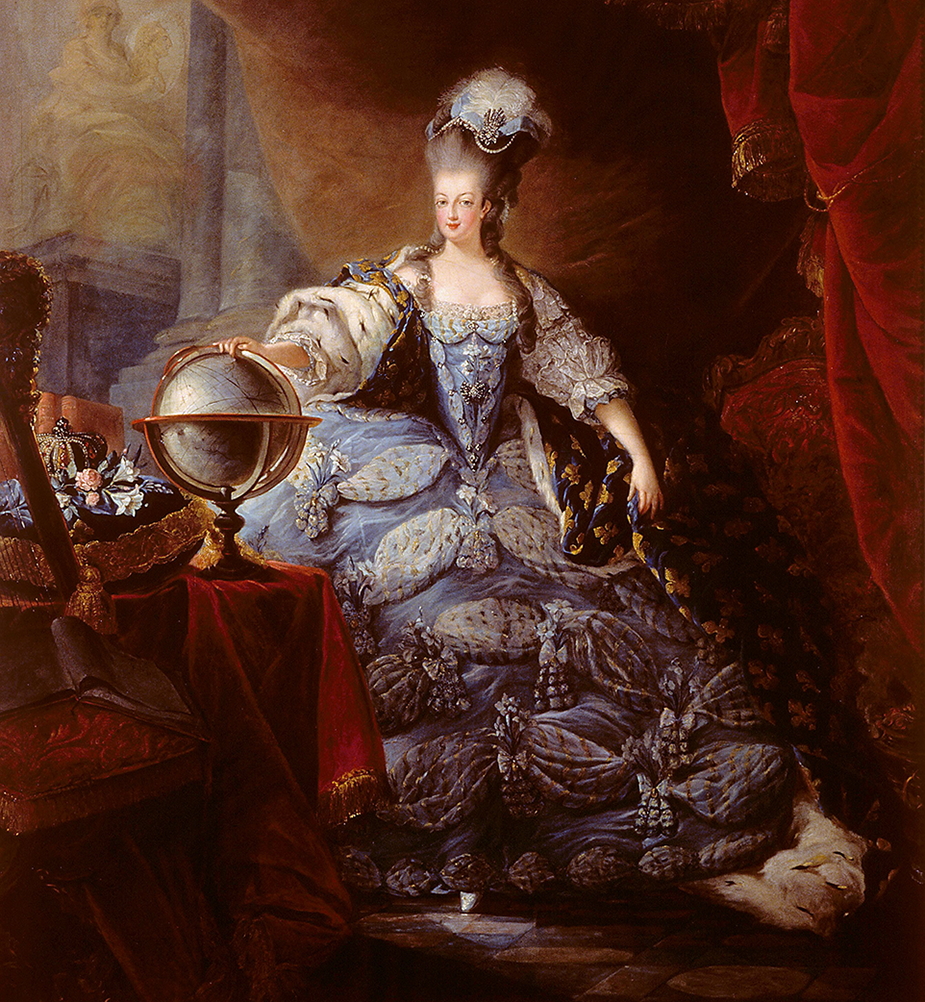 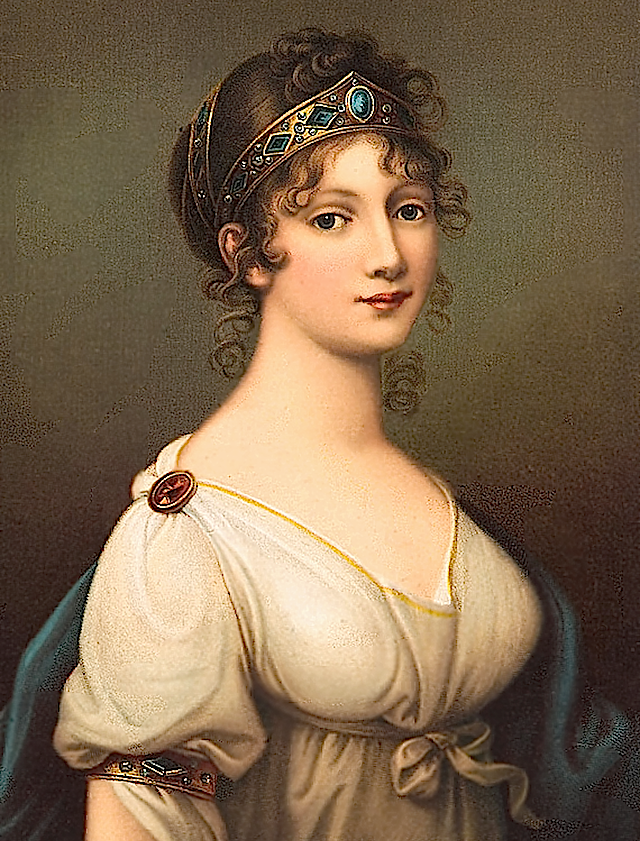 Among many of the styles reincarnated in this period, memento mori jewelry was brought back from the Renaissance. Loved ones requested hair and incorporated the hair in their jewelry or into jewelry itself, whether by placing the hair into a locket or weaving the hair into an ornament. Cameos, coral, micro mosaics, pietra dura, and the finely detailed canetille work also regained popularity in the late Georgian period. 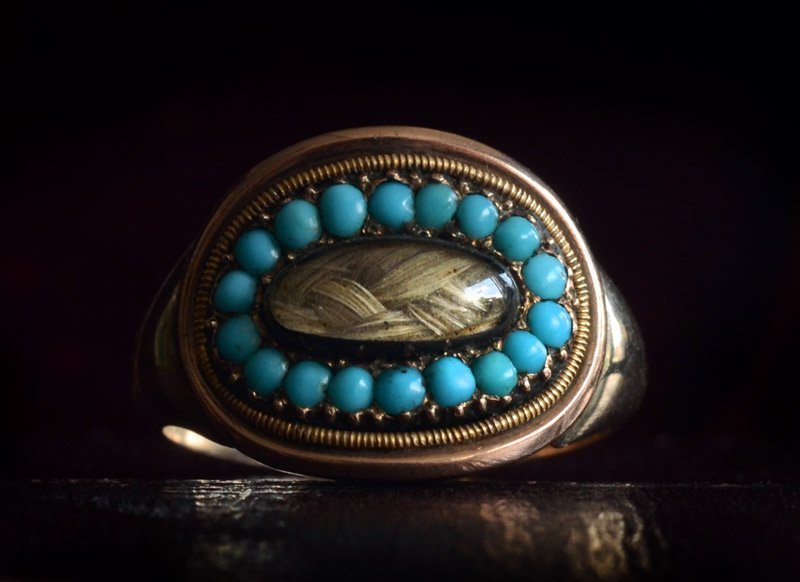 Late Georgian period jewelry is exceedingly rare because as the years went on, more people began resetting their jewels into more modern styles. Diamonds were rare and associated with royalty. They were usually rose or table cut and set in silver. The rest of the piece was cast in 18K+ gold in order to prevent tarnish on the skin. The diamonds were usually foil backed as well in order to enhance the brilliance of the diamond under candle light. This foiling is often compromised and is subject to much wear. War made diamonds very scarce by the end of Napoleon’s reign, so many settings were roughly cast in order to make the diamonds appear larger.

Jewelry of this time period is hand wrought and displays the utmost in quality. The artisans of this period were highly trained goldsmiths and true masters of their craft.